June 01, 2018
Dmitry Paniotto is specializing in both major fields of immigration practice: deportation defense, representation in immigration courts and application for visas and permanent residency in the US. based on political asylum, employment and family.

Deportation defense law and Immigration court rules are a product of complex compromise between various political forces within American government system and as a result are so complicated that without quality deportation defense attorney you are almost guaranteed to be deported or end up with removal order for the rest of your life in the U.S. A quality deportation defense attorney usually has at least five years experience representing his/her clients in immigration court at least twice or three times a week, knows the immigration court judges, knows how to manipulate the system in favor of his/her clients without violating the rules in a damaging way and most importantly has professional paralegals working in the office. Without professional paralegals working in the office preparing documents to be submitted to the court, deportation defense attorney is doomed and will inevitably be facing multiple bar complaints and refund requests to the point of losing control over the office operations.
Leer mas... 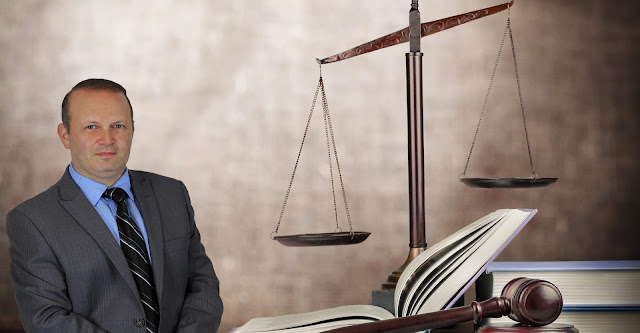 Popular posts from this blog

June 08, 2018
T visas for victims of trafficking If you or someone you know were brought across the border without documents or with fake documents for the purposes of prostitution/providing sexual services, you may be eligible to apply for special visa for victims of sex trafficking/ slavery. Each year U.S. government issues 5000 visas for persons: who have been subject to severe trafficking (the use of force, fraud, or coercion for sex trafficking and/or involuntary servitude, peonage, debt bondage,or slavery who are physically present in the US. who the AG and Sec. of DHS agree have complied with a reasonable request by Federal, State, or Local law enforcement authorities to assist in the investigation or prosecution of such trafficking or in the investigation of crimes where acts of trafficking are at least one central reason for the crime who would "suffer extreme hardship involving unsual and severe harm upon removal. Don't hesitate to contact our office for the firs
3 comments
Read more

June 07, 2018
The Trump Administration Has Started Moving Up To 1,600 Immigration Violators Awaiting Deportation Hearings Into Federal Prisons, A First-Of-Its-Kind Transfer That Shows How Many More Immigrants Are Being Rounded Up Under The President's Push To Crack Down On Illegal Immigration. An Immigration and Customs Enforcement official said Thursday that the agency entered into an agreement with the U.S. Marshals Service and the Bureau of Prisons to make the beds available for people caught illegally crossing the border. The agreement, first reported by Reuters, follows the administration's implementation of a "zero tolerance" policy that requires federal prosecutors to criminally charge everybody caught illegally crossing the border. Under previous administrations, first-time border crossers were usually put through civil deportation proceedings. Leer mas...
Post a Comment
Read more

LEGAL RIGHTS IMMIGRANTS HAVE IN THE UNITED STATES

May 25, 2018
Constitutional Rights Even if you're in the United States without permission or proper immigration documents, various sections of the U.S. Constitution apply to you. There is a particularly important provision of the Fourteenth Amendment stating that, "No state shall . . . deprive any person of life, liberty or property, without due process of law; nor deny to any person within its jurisdiction the equal protection of the laws." An undocumented immigrant is definitely a "person." In brief, this means that you are owed such procedural rights as a jury trial and the right to defend yourself against the charges if arrested; and if someone sues you over a civil matter, that you have the right to receive notice and to defend yourself in court. Leer mas...
Post a Comment
Read more